Warning: "continue" targeting switch is equivalent to "break". Did you mean to use "continue 2"? in /var/www/fs1/37/freetfi/freet.fi/Future-of-Freelancing/wp-content/themes/Divi/Divi/includes/builder/functions.php on line 4783
 Suomenlinna & how to get there | Future of Freelancing

Suomenlinna & how to get there

The Nordic Freelance Seminar will be held this year in Helsinki at the UNESCO World Heritage Site of Suomenlinna island. Situated on a group of islands of Helsinki, Suomenlinna was built during the Swedish era as a maritime fortress and a base for the Archipelago Fleet. Work on the fortress began in 1748. In May 1808, the Viapori fortress surrendered to the Russians, which marked a new era in the history of the fortress. After the Swedes vacated the fortress, Viapori along with its ships and equipment was transferred under the rule of the Russian Imperial Government. The following year, Finland became an autonomous Grand Duchy of Russia, but Viapori remained a military base under Russian administration. It was not transferred under the administration of the Finnish government until in the spring 1918 during the Finnish Civil War.

Suomenlinna was added to UNESCO’s World Heritage List in 1991. During the Finnish era, the fortress has developed into one of the most popular tourist attractions in Finland. In addition, Suomenlinna is one of Helsinki’s districts, a home to approximately 800 residents and a workplace for about 400 people.

How to get there
Suomenlinna is accessible only by water. A ferry service runs from the Market Square to Suomenlinna throughout the year. In the summer season, a water bus service to Suomenlinna is also available. The trip to Suomenlinna takes 15–20 minutes and offers magnificent views of Helsinki and the surroundings from the sea. During the cold winter months, the trip through the ice-covered waters is a unique experience.

JT-Line Waterbus for our seminar
Take the waterbus service by JT-Line from Helsinki Market Square.
JT-Line takes You to Artillery Bay in Suomenlinna. You have 250 meters walk from the bay t the seminar location.
The return fee is 7 €.
The JT-Line Waterbus leaves:

HSL Ferry
If you can’t make this time table, you can take a HSL Ferry. The walking distance from the main quay of Iso Mustasaari to seminar location is 1.5 kilometers.

The ferry service is operated by the Helsinki Region Transport Authority (HSL). Depending on the season and the time of day, ferries run 1 to 4 times per hour from the morning until the night throughout the year. Please see the HSL website for detailed ferry schedules.

How to get back to Helsinki and how to get Suomenlinna if you arrive later?

JT-LIne time schedule from Market Square to Suomenlinna and back. 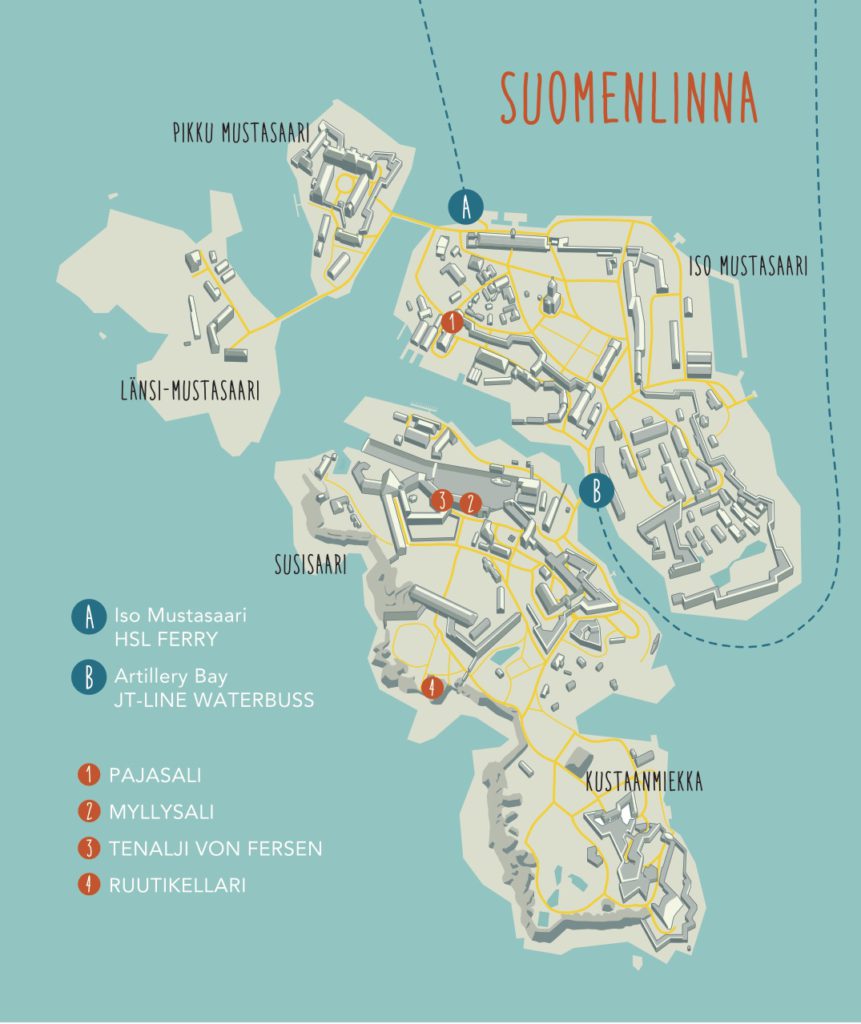 Saturday night we have a Pool & Sauna Party at the Allas Sea Pool.

Allas Sea Pool, located a stone’s throw away from the Helsinki marketplace, proudly stands in one of the best locations in the city. This sea pool boasts several saunas, swimming pools and restaurant. It is a one-of-a-kind oasis in the middle of the city, the likes of which cannot be found anywhere else in the world. Allas Sea Pool awakens the soul of the spa culture of olden times when people would gather to discuss, to relax, and to live the good life by the water. Remember to take your swimming suit and towel with you.